Emerald Hill was the original name given to the municipality of South Melbourne during the period 1855-83. The name described the elevated area which rose above land that was swampy, on alluvial soil and sand. At this time called Canvastown, consisting mainly of tents of the immigrant gold seekers, this was the name given to the first school in the area on the corner of Clarendon and Bank St.

The township surveyed in 1852, was in response to the gold rush population increases. Declared a separate borough to the City of Melbourne in 1855, by 1860 further survey activity expanded the township to almost completely occupy the exposed former volcanic land.
Emerald Hill was proclaimed a town in 1875. The prominent Town Hall was constructed between 1879 and 1880. It reflected what was at the time a massive boom time for the fledgeling colony in its grandeur. In 1883 Emerald Hill became a city, changing its official name to South Melbourne.
Clarendon St over time became the main thoroughfare and a retail shopping centre. Cable car tram lines were opened in the 1890s were in addition to the steam ferry operating between Clarendon St and Spencer St established in 1883. The cable car drive house is still intact on City Rd. 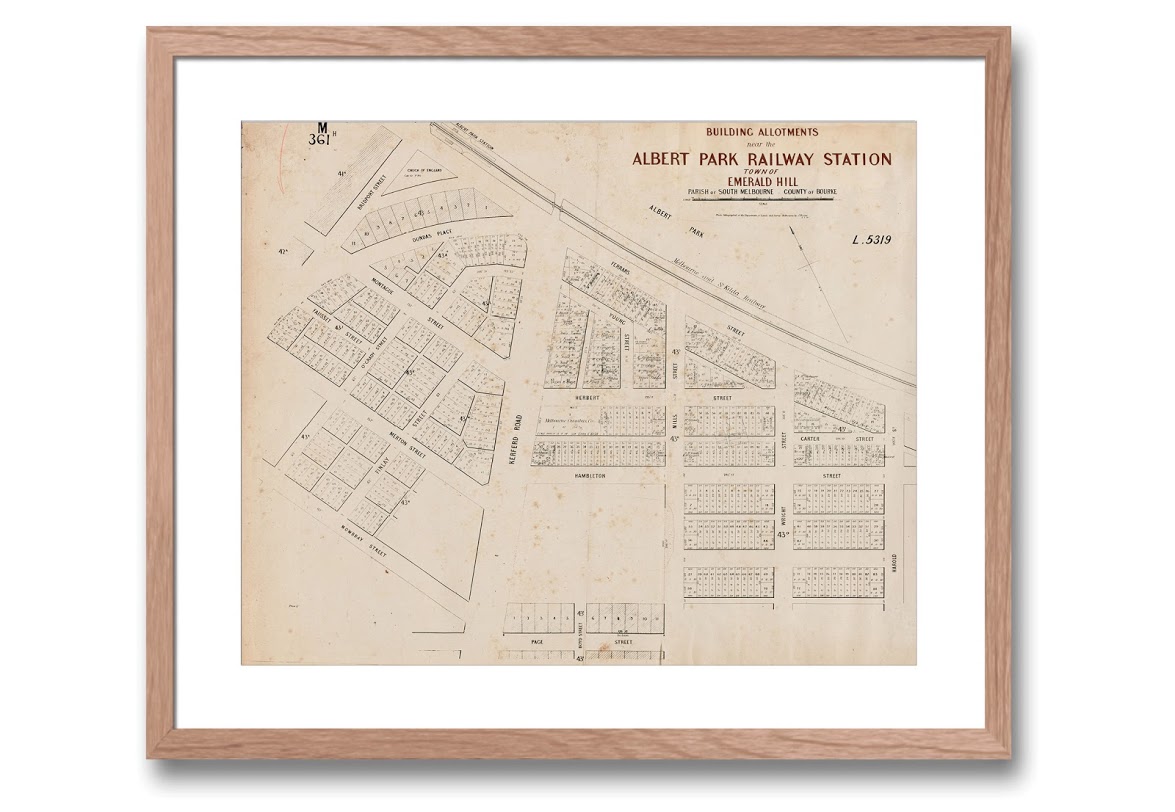