Trams have been an integral part of Melbourne since the late 19th century.  The first electric tram in Melbourne was built in 1889 by the Box Hill and Doncaster Tramway Company Limited using equipment left over from the Centennial International Exhibition of 1888 at the Royal Exhibition Building. The venture was marred with disputes and operational problems and ultimately failed, with the service ceasing in 1896.[17]

After this venture failed, electric trams returned in 1906, with the opening of the Victorian Railways Electric Street Railway Electric Street Railway from St Kilda to Brighton, and was followed in late 1906 with the opening of the North Melbourne Electric Tramway & Lighting Company system, which opened two lines from the cable tram terminus at Flemington Bridge to Essendon and Maribyrnong River. By 1940, all cable and horse tram lines had been abandoned or converted to either electric tram or bus operation.

The largest tram network in the world

The Melbourne tramway network consists of over 250 kilometres of tracks, and over 1,700 tram stops. The operator Yarra Trams claims the system is the largest operational urban tram network in the world. Trams are the second most used form of public transport in Melbourne after the commuter railway network, with a total of over 206 million passenger trips each year.

Since 1885 trams have become a distinctive part of Melbourne’s landscape and feature in tourism and travel advertising.

The History of Melbourne’s Tramways Map 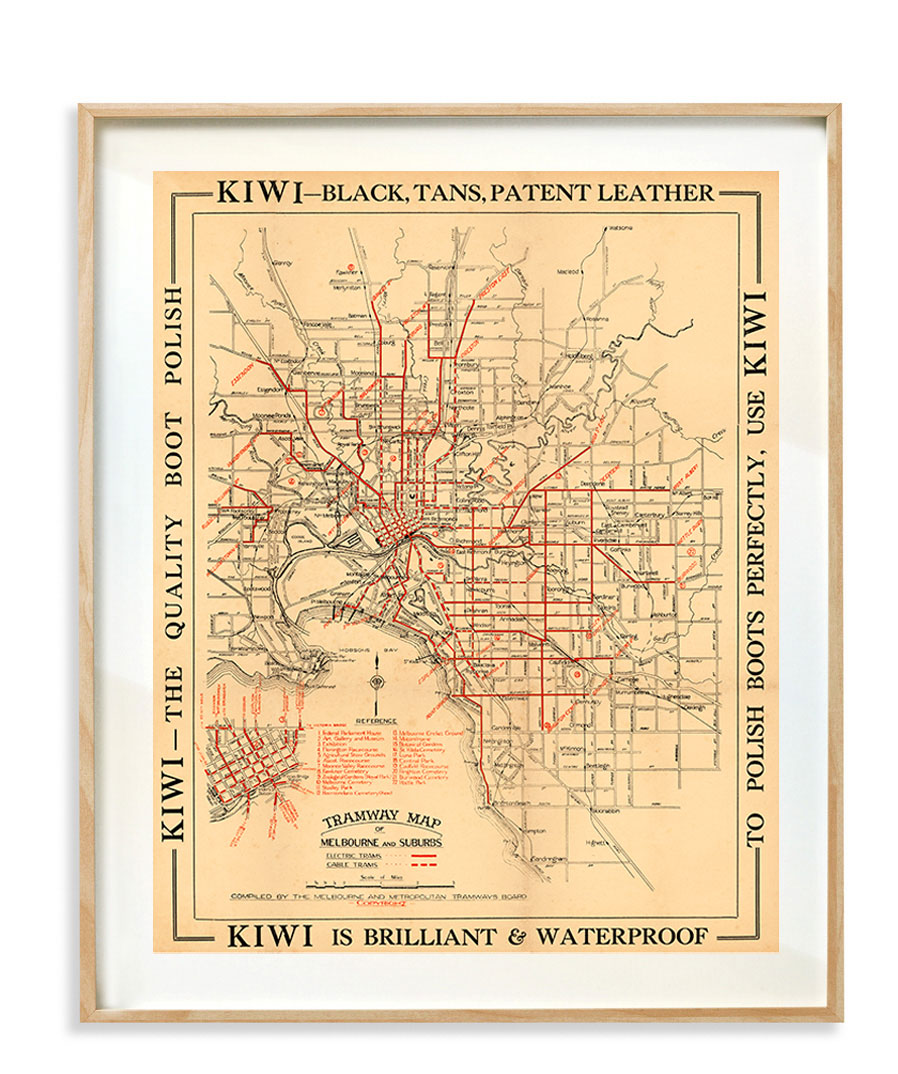 Balloons along the Yarra